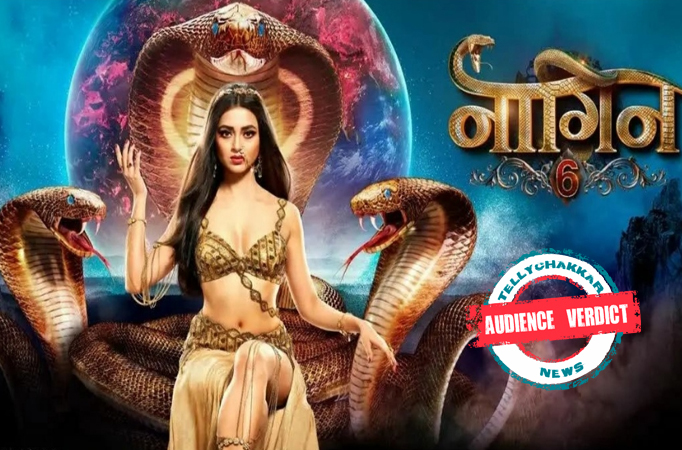 MUMBAI: Tellychakkar is back with yet another update from the Telly world.

We had exclusively updated Sudha Chandran aka Seema will become the biggest villain in the show, while everyone thought she would have a positive track, now the major unveil is that she will become the massive obstacle in Pratha’s journey ahead for finding the asurs as she is the maha asur in the show.

And the breaking news is that Lock Upp contestant Zeeshan Khan is all set to enter Naagin 6 as Nevla, we had earlier seen Rajat Tokas in the first season of Naagin and now Zeeshan shall portray the character. It will be interesting to see how would Zeeshan essay the character as he finally marks his entry into the Naagin Universe after doing Kumkum Bhagya.

Well, after seeing the recent episodes of Naagin 6, all the viewers want to advise the team is that they must first learn acting before portraying the character. Here is what they had to reveal:

Shama Rai: I cannot unsee the poor acting that Mehek or Manit does in the show, not just them but most actors seem like they are there just as good-looking trophies, it is high time makers really take actors who actually act well and bring some substance to their characters.

Vishal Nera: I would say only, Sudha Chandran ma’am is pulling off the show and Tejasswi’s Bigg Boss 15 popularity as there is no other way that the show is doing good. The storyline is turning bizarre day by day.

Sandhya Singh: Just recently we came to know that Urvashi is a dragon in the show, I believe the makers are only making a fictitious zoo under a roof with all kinds of reptiles and imaginary creatures. First Zeeshan is Nevla and now Urvashi is Dragon, it seems all the characters have an animal hidden.

Well, what is your take on this?

Also read: AMAZING! Naagin 6 cast gathers to celebrate this occasion on the sets, Check out