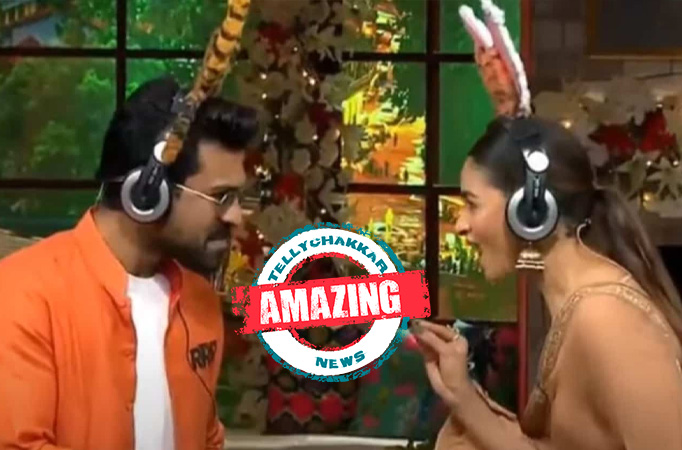 Mega film RRR is all set to release soon.

MUMBAI: Mega film RRR is all set to release soon. The actors graced ‘The Kapil Sharma Show.’ When you have Kapil with his gang, all you expect is a laughathon. Ram Charan, Jr NTR, Alia Bhatt, and director SS Rajamouli had a blast on the show.

In the new promo, Alia Bhatt, Ram Charan, Jr NTR and Rajamouli play the Whisper Challenge. Kapil starts the game by saying ‘Zindagi jhandwa…phir bhi ghamandwa’ to Alia. The latter guess the wording, and pass it on to Ram Charan, but Ram Charan fails to understand Alia’s words, and he says, “Zindagi jalwa.”

On the show, S.S. Rajamouli revealed the reason behind titling his upcoming film ‘RRR’. The host asks Rajamouli to reveal the reason for naming his film ‘RRR’. Rajamouli said, “In the beginning, we didn’t know what to put the title as, so we thought we should refer to the project as ‘RRR’ because of Ram Charan, Rama Rao (Jr NTR), and Rajamouli. We started putting hashtags as RRR and the response of the audience was overwhelming so we kept ‘RRR’ as the title.”

Alia Bhatt and Ajay Devgn are having cameos in the film. But the actors are equally and sometimes more important than the heroes themselves.