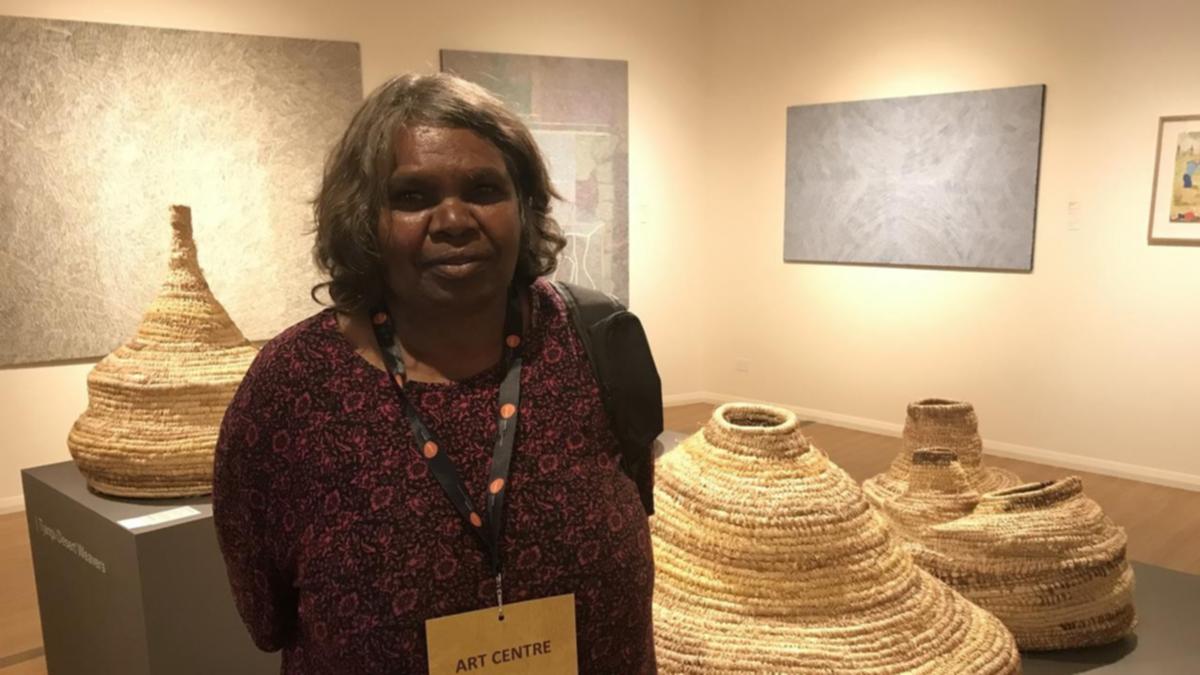 Hundreds of people have crowded into an Alice Springs hotel to snap up Aboriginal artworks from the central desert.

There were long queues to get in to the event on Saturday, and there was barely room to move as customers flipped through canvases arrayed on the floor, laid out on tables, and hung from racks.

The art-buying frenzy was not unexpected: before the event Northern Territory Arts Minister Chansey Paech warned buyers not to step on artists’ creations.

“The artwork that is on the ground, I just ask that you bear some respect to those important pieces, they are people’s work, it’s really important,” he said.

Alongside the painting stalls, a booth run by the Indigenous Art Code organisation was asking consumers to consider fairness for Indigenous artists.

The many works sold at the marketplace are ethically produced, with money going back to artists and their communities.

But the organisation is running a survey asking consumers about their expectations when buying art, in the hope the results might improve the behaviour of some art dealers.

The Indigenous Art Code is a voluntary code of conduct that ensures fair and ethical trade, transparency in promotions and sales, and fair dispute resolution.

Not everyone in the industry is signed up however, and as Aboriginal art has grown into a multi-million dollar concern it has been dogged by cases of exploitation.

The market event is run alongside the Desert Mob art show, which in 2022 was entirely curated and run by Aboriginal people for the first time.

Demand at the more formal exhibition held at the Araluen Art Centre was also high, with half the 232 works on display sold by the end of its first day on Friday.

Desert Mob is on at Araluen Art Centre from September 8 till October 23.