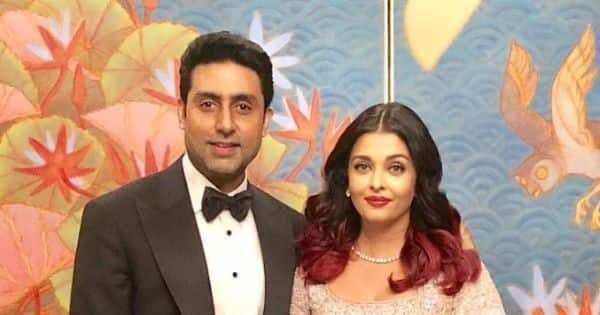 Aaradya Bachchan is one of the most famous star kids today; no less that a celebrity in her own right. She draws as much press coverage and paparazzi interest wherever she goes as her Bollywood A-lister parents, Aishwarya Rai and Abhishek Bachchan do. Her every movement is tracked with keen interest by the entertainment media; her each new picture and video going viral within minutes of them surfacing. In keeping with this trend, a new picture of Aaradhya Bachchan has again gone viral; a relatively unseen school pic of hers. Also Read – Dasvi: Deepika Padukone REACTS to Abhishek Bachchan’s dialogue, ‘Everybody Loves Deepika’

A fan club dedicated to Aaradhya Bachchan – yes the kid has her own fan clubs, let that sink in – shared the photo on its Instagram handle in which the little one can be seen standing like a dutiful student along with her classmates, her uniform looking prim and proper as it should for a schoolkid, her hair tied in two braids as might be per school protocol, and she wearing a COVID-19 protective mask as would also be the norm of the school. The caption of the Instagram post suggests that the picture is from this year’s Republic Day celebration at the school. Check it out below along with the love showered by mother Aishwarya Rai and father Abhishek Bachchan’s fans in the comments section: Also Read – Thursday Throwback: When Aishwarya Rai Bachchan ADMITTED to fighting with Abhishek Bachchan everyday; Junior B had an EPIC response

While a major sub-plot in the movie looks clearly inspired from the web series, Maharani, not to mention the trailer being unable to create much of an impact in terms of both plot and flow, it has to be mentioned that Abhishek Bachchan, Yami Gautam and Nimrat Kaur look to have absolutely nailed their Haryanvi character to the T. Jointly produced by Jio Studios and Dinesh Vijan‘s Maddock Films, Dasvi will release simultaneously on Jio Cinema and Netflix on 7th April.